Award winning songwriter Drew James performs his solo act all over the west coast, primarily in the bay area. Drew’s songs receive airplay around the globe.

Drew's latest LP release “It's Another Day” on Road Tested Tunes, LLC includes eleven new songs. You can download three songs free at drewjames1.bandcamp.com as a sample before purchasing the LP. You can also listen on Spotify and Apple Music. Please click the “follow” button on these streaming services to stay in touch with Drew's music.

Drew's studio releases “Beside Myself” (2019), ”Out to Lunch (2017), “Love Through a Prism” (2015), “Screaming at the Sky” (2012) and “Mystic Rhythm Fingers” (2010) include his most requested songs. His 2007 acoustic release "Way Beyond the Maze" includes the Great American Song Contest award winner "You Can Cry to Me" and the Billboard World Song Contest award winner “Thicker than Blood.” His 2006 release “The Last Second Chance,” produced by Bruce Kaphan, was submitted for Grammy consideration. It includes the Billboard Song Contest award winner "That Old Friday Night Feeling." The CD was also featured at the Toofy Film Festival in Boulder, Colorado. He appeared on Shuteye Records’ “United State of Americana” compilation CD that made it to #53 on the Americana Music Association charts in 2005.

“On his The Last Second Chance CD (2006), Drew James has created his own music realm, attractive and hospitable to any Real Music lover, no matter his or her genre preferences.” ….. “The more you play this record, the better it sounds. Drew James' music world is a place to stay - you can check out any time you like, but you can never leave".” 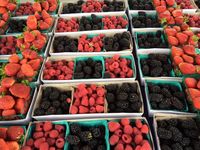 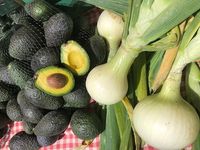